It has been a busy week...and it will continue for another few weeks.. as for last year at this very moment, I was handling my own wedding..but for this year..it's my brother in-law's wedding.. Well, I'm not handling it 100% but being a part of it, of course... the ceremonies (akad nikah & reception) were over at the bride's side so now we have to prepare for the receptions (yes, reception with the letter s) for the groom's side. We'll have 2 receptions.. the first one will be at my in-laws hometown at Bagan Serai, Perak and followed by another reception at Putrajaya.. ( just like what me and my husband had early this year).
With my masters thesis that already gave me a major plus severe headache, I have to stay positive and balancing my study and family affairs wisely.. haha.. and I also have to be more concern on my health as it has been upside down since I got married..
As for the newlyweds, Mohd Yunus and Nur Eliana, congratulations on your wedding and all the best!


Posted by ezlinda hisam at 5:29 PM No comments:

Email ThisBlogThis!Share to TwitterShare to FacebookShare to Pinterest
Labels: FAMILY, JUST ME

Hehe.. me and my husband have our new fav tv show.. which is Bunga April (TV3, Tuesday-Thursday, 10.30pm). Here is the synopsis.. (taken from tv3.com.my). The story is quite interesting..

Posted by ezlinda hisam at 4:12 PM No comments:

Email ThisBlogThis!Share to TwitterShare to FacebookShare to Pinterest
Labels: TV

The most patient and docile cat ever!

Both the cat & baby are super cute!!

Posted by ezlinda hisam at 2:58 PM No comments:

Email ThisBlogThis!Share to TwitterShare to FacebookShare to Pinterest
Labels: CATS 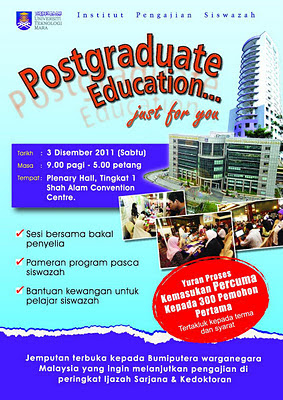 Posted by ezlinda hisam at 2:52 PM No comments:

Emm.. I think I'm going to let the pictures do the talking.. thank you! 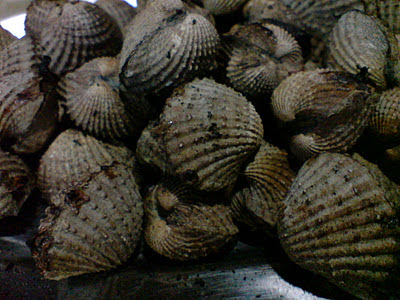 Email ThisBlogThis!Share to TwitterShare to FacebookShare to Pinterest
Labels: dinner with him, MY HUBBY, RESTAURANTS

My baby brother is officially a UiTM's student!

Assalamualaikum..
Well, I've been so busy for the last two weeks and I didn't have the chance to update this page.. sorry, dear readers.. but.. I'm back! The good news is, my youngest brother has finally step his foot in the university. He's pursuing his study in Diploma of Landscape Architecture in UiTM. Me and parents just got back from Seri Iskandar, Perak to sent him there. Hopefully, he will done his best and did not let us down. Dear brother, we are so proud of you and we want you to always be that.. 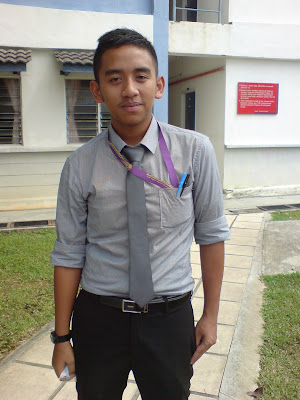 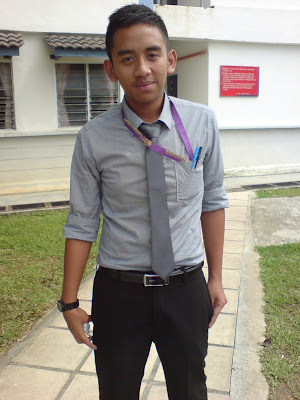 Email ThisBlogThis!Share to TwitterShare to FacebookShare to Pinterest
Labels: FAMILY

Twitter is an online social networking and microblogging service that enables its users to send and read text-based posts of up to 140 characters, informally known as "tweets".
Twitter was created in March 2006 by Jack Dorsey and launched that July. Twitter rapidly gained worldwide popularity, with 200 million users as of 2011, generating over 200 million tweets and handling over 1.6 billion search queries per day. It is sometimes described as "the SMS of the Internet."
Twitter Inc., the company that operates the service and associated website, is based in San Francisco, with additional servers and offices in San Antonio, Boston, and New York City.

Twitter's origins lie in a "daylong brainstorming session" held by board members of the podcasting company Odeo. Dorsey introduced the idea of an individual using an SMS service to communicate with a small group. The original project code name for the service was twttr, an idea that Williams later ascribed to Noah Glass, inspired by Flickr and the five-character length of American SMS short codes. The developers initially considered "10958" as a short code, but later changed it to "40404" for "ease of use and memorability." Work on the project started on March 21, 2006, when Dorsey published the first Twitter message at 9:50 PM Pacific Standard Time (PST): "just setting up my twttr".


"...we came across the word 'twitter', and it was just perfect. The definition was 'a short burst of inconsequential information,' and 'chirps from birds'. And that's exactly what the product was." – Jack Dorsey

The first Twitter prototype was used as an internal service for Odeo employees and the full version was introduced publicly on July 15, 2006.In October 2006, Biz Stone, Evan Williams, Dorsey, and other members of Odeo formed Obvious Corporation and acquired Odeo and all of its assets–including Odeo.com and Twitter.com–from the investors and shareholders. Williams fired Glass who was silent about his part in Twitter's startup until 2011. Twitter spun off into its own company in April 2007.

Twitter has been compared to a web-based Internet Relay Chat (IRC) client.
Tweets are publicly visible by default; however, senders can restrict message delivery to just their followers. Users can tweet via the Twitter website, compatible external applications (such as for smartphones), or by Short Message Service (SMS) available in certain countries. While the service is free, accessing it through SMS may incur phone service provider fees.
Users may subscribe to other users' tweets – this is known as following and subscribers are known as followers or tweeps (Twitter + peeps).. The users can also check the people who are un-subscribing them on Twitter better known as unfollowing via various services.
Twitter allows users the ability to update their profile by using their mobile phone either by text messaging or by apps released for certain smartphones / tablets.
In a 2009 Time essay, technology author Steven Johnson described the basic mechanics of Twitter as "remarkably simple":


As a social network, Twitter revolves around the principle of followers. When you choose to follow another Twitter user, that user's tweets appear in reverse chronological order on your main Twitter page. If you follow 20 people, you'll see a mix of tweets scrolling down the page: breakfast-cereal updates, interesting new links, music recommendations, even musings on the future of education.

In June 2008, Twitter launched a verification program, allowing celebrities to get their accounts verified. Originally intended to help users verify which celebrity accounts were created by the celebrities themselves (and therefore are not fake), they have since been used to verify accounts of businesses and accounts for public figures who may not actually tweet but still wish to maintain control over the account that bears their name - for example, the Dalai Lama. Verified accounts can identified by a white check in a blue background, known as a verification badge, next to the user's full name, on the profile itself or next to the name in search results. News
Spam
Self-promotion
Pointless babble
Conversational
Pass-along value
San Antonio-based market-research firm Pear Analytics analyzed 2,000 tweets (originating from the US and in English) over a two-week period in August 2009 from 11:00 AM to 5:00 PM (CST) and separated them into six categories:
Social networking researcher Danah Boyd responded to the Pear Analytics survey by arguing that what the Pear researchers labelled "pointless babble" is better characterized as "social grooming" and/or "peripheral awareness" (which she explains as persons "want[ing] to know what the people around them are thinking and doing and feeling, even when co-presence isn’t viable").


Twitter is ranked as one of the ten-most-visited websites worldwide by Alexa's web traffic analysis. Daily user estimates vary as the company does not publish statistics on active accounts. A February 2009 Compete.com blog entry ranked Twitter as the third most used social network based on their count of 6 million unique monthly visitors and 55 million monthly visits. In March 2009, a Nielsen.com blog ranked Twitter as the fastest-growing website in the Member Communities category for February 2009. Twitter had annual growth of 1,382 percent, increasing from 475,000 unique visitors in February 2008 to 7 million in February 2009. It was followed by Zimbio with a 240 percent increase, and Facebook with a 228 percent increase. Twitter has a user retention rate of forty percent.

Twitter has been used for a variety of purposes in many different industries and scenarios. For example, it has been used to organize protests, sometimes referred to as "Twitter Revolutions" and which include the 2011 Egyptian revolution, 2010–2011 Tunisian protests, 2009–2010 Iranian election protests, and 2009 Moldova civil unrest. The governments of Iran and Egypt blocked the service in retaliation. The service is also used as a form of civil disobedience: in 2010, users expressed outrage over the Twitter Joke Trial by making obvious jokes about terrorism;and in the British privacy injunction debate in the same country a year later, where several celebrities that had taken out anonymised injunctions, most notably the Manchester United player Ryan Giggs, were identified by thousands of users in protest to traditional journalism being censored.
Twitter is also increasingly used for making TV more interactive and social. This effect is sometimes referred to as the "virtual watercooler" or social television. Twitter has been used successfully to encourage people to watch live TV events, such as the Oscars, the Super Bowl and the MTV Video Music Awards; this strategy has however proven less effective with regularly scheduled TV shows. Such direct cross-promotions have been banned from French television due to regulations against secret advertising.
In May 2008, The Wall Street Journal wrote that social networking services such as Twitter "elicit mixed feelings in the technology-savvy people who have been their early adopters. Fans say they are a good way to keep in touch with busy friends. But some users are starting to feel 'too' connected, as they grapple with check-in messages at odd hours, higher cellphone bills and the need to tell acquaintances to stop announcing what they're having for dinner."
Tech writer Bruce Sterling opined in 2007 that using Twitter for "literate communication" is "about as likely as firing up a CB radio and hearing some guy recite the Iliad". In September 2008, the journalist Clive Thompson mused in a The New York Times Magazine editorial that the service had expanded narcissism into "a new, supermetabolic extreme—the ultimate expression of a generation of celebrity-addled youths who believe their every utterance is fascinating and ought to be shared with the world." Conversely, Vancouver Sun columnist Steve Dotto opined that part of Twitter's appeal is the challenge of trying to publish such messages in tight constraints, and Jonathan Zittrain, professor of Internet law at Harvard Law School, said that "the qualities that make Twitter seem inane and half-baked are what makes it so powerful".
In 2009, Nielsen Online reported that Twitter has a user retention rate of forty percent. Many people stop using the service after a month, therefore the site may potentially reach only about ten percent of all Internet users. In 2009, Twitter won the "Breakout of the Year" Webby Award. During a February 2009 discussion on National Public Radio's Weekend Edition, the journalist Daniel Schorr stated that Twitter accounts of events lacked rigorous fact-checking and other editorial improvements. In response, Andy Carvin gave Schorr two examples of breaking news stories that played out on Twitter and said users wanted first-hand accounts and sometimes debunked stories. Time magazine acknowledged growing level of influence in its 2010 Time 100; to determine the influence of people, it used a formula based on famous social networking sites, Twitter and Facebook. The list ranges from Barack Obama and Oprah Winfrey to Lady Gaga and Ashton Kutcher.

p/s: for full text and citations go to http://en.wikipedia.org/wiki/Twitter
Posted by ezlinda hisam at 4:44 PM No comments:

Posted by ezlinda hisam at 3:28 PM No comments:

Email ThisBlogThis!Share to TwitterShare to FacebookShare to Pinterest
Labels: SONGS


And a feast to celebrate.. haha.. Rawani Hadramawt is the best!


next convocation will be me.. insyaAllah.. pray for me!


Posted by ezlinda hisam at 1:28 AM No comments: